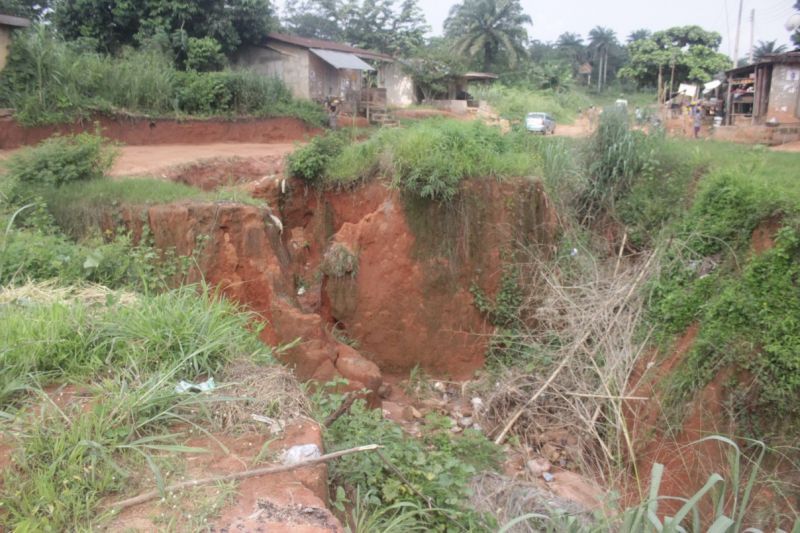 Between 2015 and 2018, huge allocations were made in the federal budgets for the execution of constituency projects in communities across Abia State. The projects include community centres, erosion control/water supply, schools, bridges and roads. In this report, Patrick Egwu – working with data sourced from UDEME – tracked these projects to verify the status of execution.

A one-hour drive from Umuahia, the state capital, Umunwanwa is on the road that links Abia State to Owerri, the Imo State capital. The community of about 2000 people is perennially menaced by erosion and heavy flooding.

Each year, during the rainy season, residents of the community who are predominantly farmers and petty traders, live in fear. Their houses could be washed away with any major flooding. Women and traders in the local market, which was built by the wife of the governor for the community, hardly go to the market as the road is almost inaccessible due to erosion.

“We are at the verge of collapsing inside this gully,” Princewill Nwaosuagu, a former special adviser to the governor on culture and tourism said. “This erosion site started sometime in 1992 and was very small then until it gradually became this big. By 2005, I think it was Zerok that was given a contract to work on the road. We thought that very soon our problem would be over. Fortunately they came, did a one kilometre road and left. This place has suffered tremendous landslides since then as you can see.”

Princewill Nwaosuagu beside the gully

In 2017, N20 million was budgeted for the construction of the Umunwanwa irrigation, erosion and flood control works in the community. The project, which was sponsored by Theodore Orji, the senator representing Abia North Senatorial district, was awarded to the Anambra/Imo River Basin Development Authority (AIRBDA). It came after cries by the community for the government’s intervention.

However, apart from minor works on the erosion site in March 2018, nothing more has been done. Heavy flooding and erosion have since washed away the little that was done at the site.

“They came here and did small works, poured some truckloads of red mud and left and that has been causing more damage than before,” Mr Nwaosuagu who is also the President-General of the community said. “I think the job they did there was not up to N3 million and they left. Since then, the landslide has become terrible, breaking the road into two. No vehicle uses this road,” he said pointing at the damaged section of the road.

“People living on the left hand side as you can see cannot drive to their homes. They park their cars by the roadside. It is only bicycles, motorcycles and those on foot that use this road to get to their houses. The same thing with people living in the other area as they cannot access their homes.”

Mr Nwaosuagu said the community had written letters and petitions over the past five months to different parastatals, the Niger Delta Development Commission (NDDC), the state government and members of the National Assembly representing them but no intervention has come from the efforts.

During the campaigns before the 2019 elections, the senator, Mr Orji, visited the community and promised to fix the erosion site in one week. But his words went away with the wind afterward. Several calls and SMS put across to his phone line for comment on the project were not returned.

“If you go down there you will see the magnitude of the landslide. The length is about one kilometre from here while the width is almost 50-100 yards and the depth is over 100 metres. I don’t know what we will say or do and government will come and help us,” the community leader said.

“More than five people have fallen to their death in this erosion site,” Nwosu Nduka, the youth president of the community said, pointing at the location where the deaths occurred. “We do not want to continue losing our people like this. This transformer over there is likely to cave in during this rainy season. Even this Methodist church here is at risk of being washed away by flooding.”

Between 2015 and 2018, 209 developmental projects were nominated by federal lawmakers in Abia State to meet the needs of members of the various constituencies they represent. A careful analysis of the Zonal Intervention Projects (ZIP) by UDEME revealed that these 209 projects amounted to an estimated N7 billion.

Out of these, only 64 projects at a total cost of N1.3 billion have clear descriptions and locations. The others consisted of trainings, empowerments and supply of various equipment and machines to members of the constituency. This reporter tracked 39 projects across different communities and found that about half of the projects had been done or at the final stages of completion while the remaining are either abandoned or partially executed.

Information from the Ministry of Finance revealed that at least 50 per cent of the budgets had been released to MDAs for project execution, in addition to mobilisation fee for contractors.

At one section of the road in Ozu Abam community in Arochukwu LGA is a signpost with details of the project under construction. It is the surface water scheme at Ozu Abam and reticulation to Ndi Okorie and Ozu Abam in Arochukwu/Ohafia federal constituency.

The project, budgeted at N45 million, was sponsored by Uko Nkole, a member of the House of Representatives, in 2016 and awarded to Naomi Engineering Services with So-Safe Water Technologies Ltd as Supervisory Consultants under the AIRBDA.

However, when UDEME arrived at the project site in June, no construction workers were seen, only villagers and motorcycle riders who were washing clothes near the river.

According to them, the project started four years ago and has been moving at a slow pace as the construction workers do not come to the site often.

“They came here two weeks ago after being away for a very long time,” said Chijioke Ibiam, a motorcycle rider who lives in the community where the project is situated. “They have done some work but they are very slow. They don’t come here often; they only come when they like.”

The water scheme was meant to provide potable water for the community. However, since the project was yet to be completed, they still fetch water for domestic use from the river.

At Igwu River along Health Centre Road in Idima Abam in Arochukwu/Ohafia federal constituency, silver handrail panels were seen perfectly fixed by the side of the bridge. However, these panels meant to protect pedestrians or motorcyclists appear shaky. Their current state might be a source of danger to users as they are not firmly attached.

The replacement of panels at Igwu River along Health Centre Road in Idima Abam in Arochukwu/Ohafia Federal Constituency was budgeted for N10 million in 2016. It was also nominated by Mr Nkole. The project with contract No: GM/18-421 was awarded to Tarot Engineering Ltd and is presently ongoing as pillars for the new section of the bridge have been erected and waiting to be cast. Though not completed, motorists and cyclists who had gone inside the remote villages for trade or other such engagements were seen crossing the bridge.

“They come here to work but not all the time,” Mr Ibiam told this reporter. “They were here last two weeks and we saw them working. The next day, we didn’t see them again. Even the pillars holding this bridge are shaky because the workers hit it with their tractors when they were working here sometime ago. If you stand on this bridge, you will see that it is shaky whenever a heavy truck crosses it.”

When UDEME reached out to the lawmaker, Mr Nkole, he agreed that the projects were incomplete.

“I know about all the projects you are talking about,” Mr Nkole said during the interview. “It is only 10 per cent of the funds that were released and this has affected the progress of the job. For example, the water reticulation project is in phases and the first phase is the one presently under construction. Budget performance this year has been below standard and this is because funds from the federal government to contracting agencies have been unavailable.”

Repeated efforts to confirm the exact amount released for each of the projects by the AIRBDA were unsuccessful. Its spokesperson, Chidi Amaliri, did not return calls and messages sent to him.

Mr Nkole further added that President Muhammadu Buhari, during the budget presentation at the National Assembly, said that capital projects in 2019 would be rolled over to 2020 and further asked agencies to stop embarking on new projects.

“This is to enable the agencies complete the ones they were doing,” Mr Nkole said. “He (Buhari) has even directed the Ministry of Finance to release an additional 40 per cent for the capital projects and once this is done, the relevant agencies will take over and continue to work on the projects.”

In Abia Central senatorial district, UDEME and PREMIUM TIMES tracked the completion of an on-going 1.2km Umuawa/Umuosu Village Square By-pass to Nkwoegwu road flood in Umuahia North LGA. The project which was attracted in 2015 by Mr Orji and budgeted at N20 million, was handled by the Anambra/Imo Basin Development Authority under the supervision of the Ministry of Water Resources. It was observed that the work had been completed.

A community leader, Nze Oganiru said since the road was completed, residents of the community who ply the road to transport goods to and from Umuahia, are now finding it easy to connect to neighbouring communities.

“The road has made things very easy for us,” he said. “Now, linking other communities is no longer a source of concern. The situation before was very bad and affected transportation of our goods to the market for sale.

“I think they finished this road two years ago. Before, it was a very rough place to ply, but since it was completed, we have been having a smooth ride conveying people to and from this community,” a motorist who identified himself as Emmanuel said.

The project which was budgeted for N30 million has been fully completed and ready for use by members of the community.

“We are very happy with this water project because it has solved all our water challenges,” Chidi Nnam, who lives close to the water project said. “Before, we find it difficult to get clean water but it is all in the past now with this project.”

At Etitiama community in Nkporo, Ohafia LGA, a well-equipped cassava cottage industry is located a few metres from the village square. The community members were full of joy when the industry was constructed in 2017. The project was attracted by late senator, Uche Chukwumerije, who represented Abia North Senatorial district. Mr Chukwumerije died in 2015.

The cassava cottage industry, although completed, is yet to be put to use due to lack of experienced operators.

A community leader, Egwu Uka Ude, told this reporter that the community was trying to get an expert to manage the equipment at the facility.

“I was aware of the contract when it was going on even though the contractors worked directly with the community and not through me,” Mr Ude said. “The senator’s PA came here two years ago and said some equipment was not properly installed and there is a lack of manpower to man the equipment there. But we are working on bringing someone who will be handling the industry and the equipment there so it can serve its purpose.” 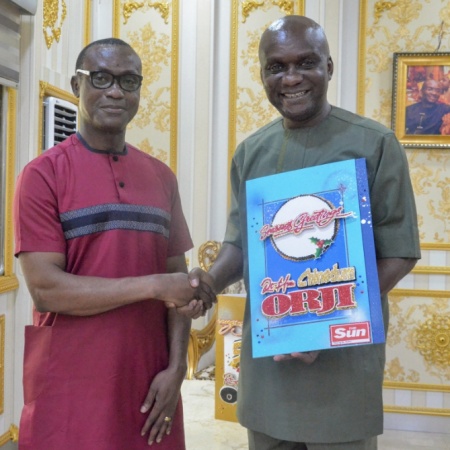 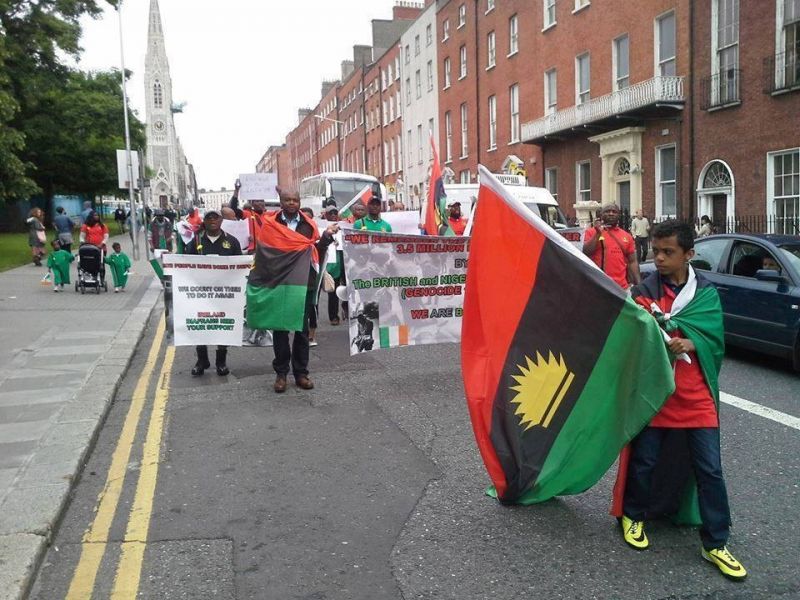 Britain toys with woes of another Biafra 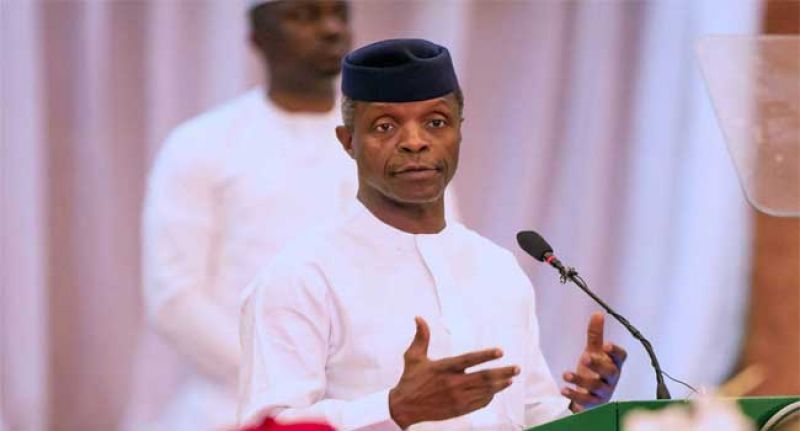 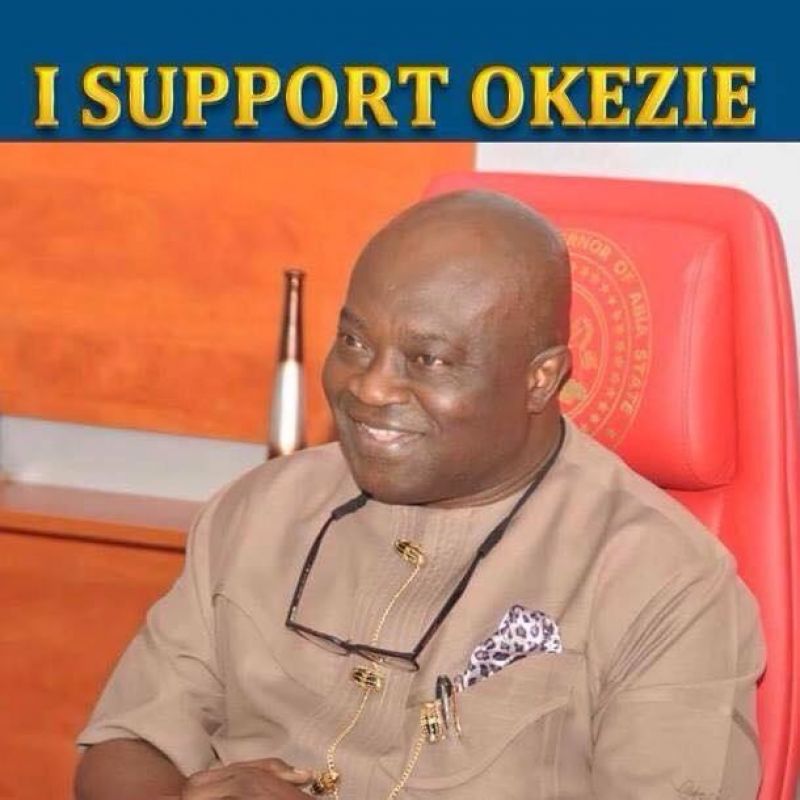 Abia crises is not about Ukwa/Ngwa versus "Ohuhu" 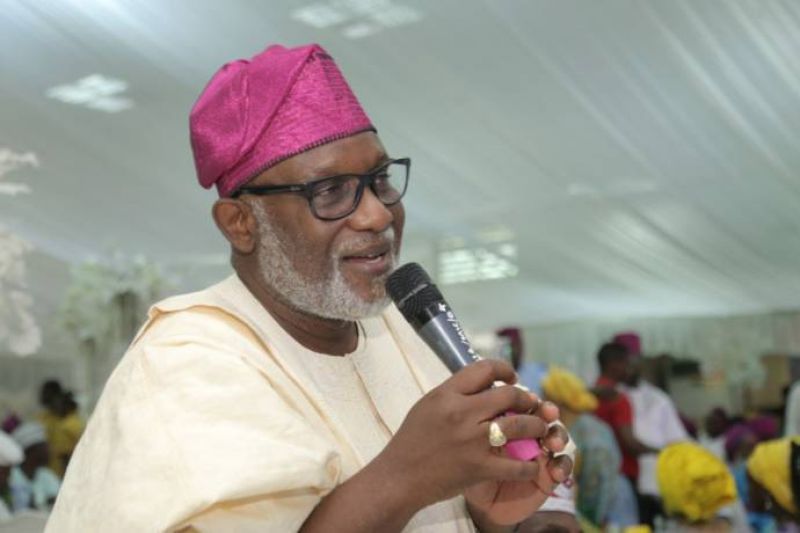 I will not collect a dime until civil servants are fully... 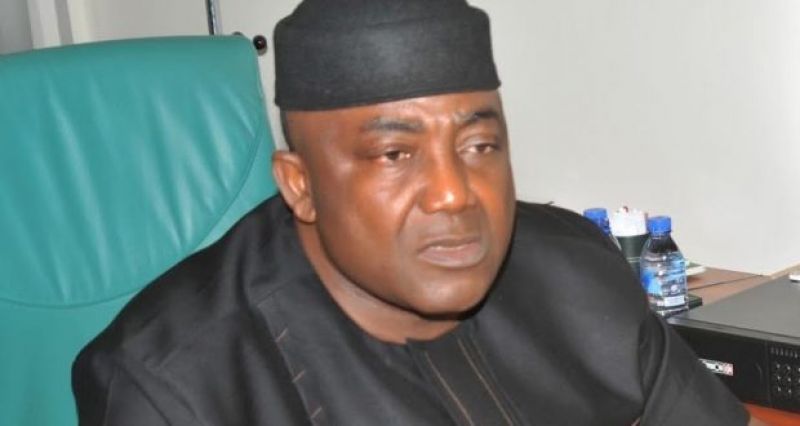 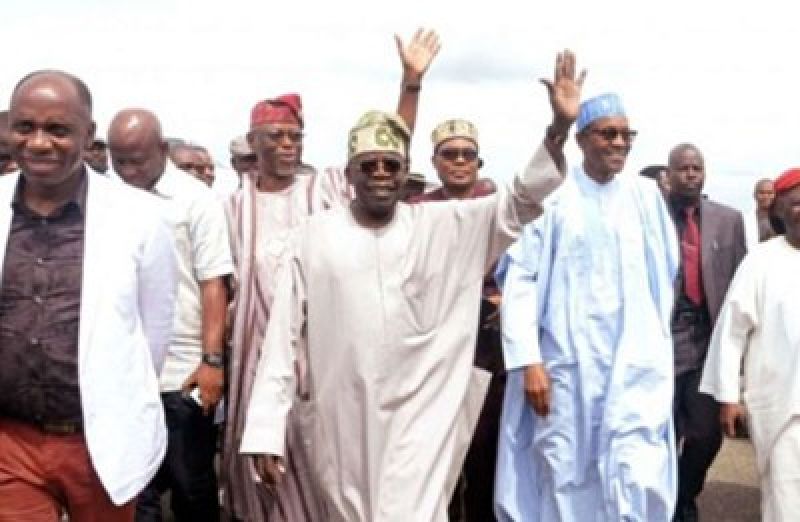