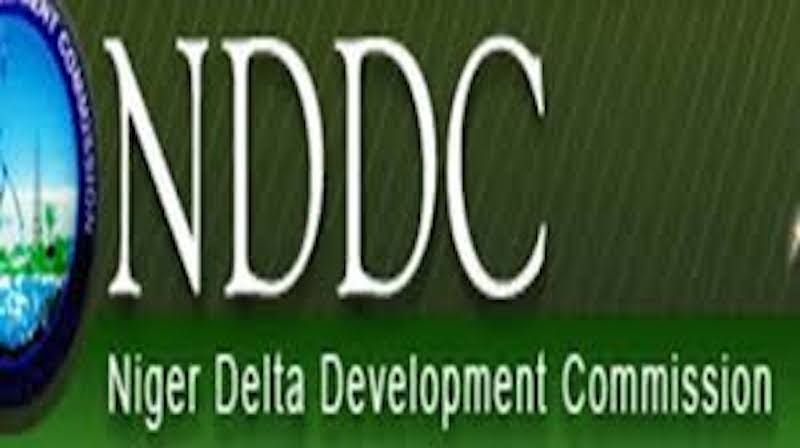 “NDDC has become a political institution...” These were  the exact words of Chief Barr. Nyesom Wike, the Governor of Rivers State, when the Professor Brambaifa led board of the Niger Delta Development Commission (NDDC) paid him a courtesy visit at the Government house in Port Harcourt.

The experience of Rivers and Cross River States, put together, will not equate the disservice of NDDC to Abia State. Even before the Brambaifa led board was appointed, Abia State have been victims of the dual misfortunes of "unfairness" and "melancholy". At least Rivers and Cross River States have had the honor of a courtesy visit! Abia State,on the other hand, have neither received "courtesy" talk less of a "visit" ! Indeed, there is scarcely any significant evidence of NDDC presence in Abia State, but for some subpar projects located in few communities within Abia State.

Agreed that the collegiality needed in the management of the NDDC is lacking in most of the States,however,the Abia story, in all ramification, is a sorry state that should be addressed with dispatch. For benefit of hindsight, NDDC is a creation of an Act, of the National Assembly, in accordance to the provisions of Section 58 (5) of the constitution of the Federal Republic of Nigeria. The Act, cited as the Niger Delta Development Commission Act 2000, repealed the Oil Mineral Producing Areas Development Commission Decree 1998. Among other things, the NDDC Act 2000, is established to ensure an effective use of the sums received from the allocation of the Federal account.The fund is meant to tackle both the ecological and the infrastructural problems arising from oil explorations in Niger Delta areas and for "connected purposes".

By virtue of section 2(1) (b) (i) of the Act, Abia State, as well as Akwa Ibom, Bayelsa,Cross River,Delta, Edo, Imo, Ondo and Rivers States are members of the NDDC. It was for this Act that Abia State was privileged to have the Pioneer Chairmanship of the governing Board, in the person of Chief Onyema Ugochukwu, in line with the rotational clause of Section 4 (a),going by alphabetical order.

Also provided in the Act, 11(1) (a) is that an Advisory Committee, which shall consist of the Governors of the Member States of the commission and two other persons as may be determined, from time to time, shall be formed by the President, Commander-in-Chief of the Armed Forces. According to the Act, the primary functions of the Advisory Committee is to advise the board and monitor the activities of the commission and make rules regulating its own proceedings.

It is pathetic,that many years down the line, the Governors have not been allowed, to either perform their statutory Advisory functions, to the board, or monitor the projects allocated to the respective states.In most cases the governors are denied fore-knowledge of the projects earmarked for execution in thier states  until such projects are awarded and the contractors mobilised  to the sites! Most often some of these projects are either abandoned or poorly executed for lack of proper monitoring.

Professor Nelson Brambaifa led NDDC board should prove that his board means well. Let him convince Nigerians that the  the non-constitution of the statutory Advisory committee , which ordinarily should  consist of the Governors of the NDDC states, is not pre-meditated to sideline majority of the PDP controlled South South States, as alleged by Gov. Wike. He should,not only make haste to advise the President to do the needful, he and his board should also be seen to have done the needful.

As an intervention Agency, the primary duty of the NDDC is to assist the State Governors develop the states. As such, the programs and projects of the commission should be seen to compliment, rather than, contradict the good intentions of the States who ,albeit streneously, are doing their best to alleviate the suffering of people. Any attempt,therefore, by the authorities of NDDC, to portray the commission as political or partisan will be counter production and could be seen as an attempt to circumvent the spirit and the letter of the Act institutionalising NDDC. On that note Governor Ayade's caveat will be applicable: "As Governor, I have the supretending and overriding power over the land in Cross River, which I hold in trust for the people.Therefore, by the provisions of the law, I have the powers to stop any project in the state. It is part of the constitutional provisions under the NDDC Act that the NDDC will have regular meetings with the various stakeholders including the Governors that form part of the governing board”.

There is no gainsaying that the states making up the NDDC are in dire need of accelerated development in various facets of her economy,hence,there ought to be a concerted effort, by the Ag. Managing Director and CEO of NDDC, Professor Nelson Brambaifa and his board, to urgently reach out to the Governors to discuss terms and modalities needed to stimulate growth and stability in the region.

Given that the States are also critical stakeholders of NDDC, the current board should look inwards and identify some key projects and programs of the States that are in line with the visions of the Commission. Projects that are meant to bequeath long lasting legacies should be supported. Uppermost in mind are projects on human capital development, Road infrastructure, Industrialisation and Power.

Abia state, like many other states, are indeed ripe for this collaboration. The Governor Ikpeazu's administration have set the framework for a prosperous economy.He is working his talk of transforming Aba into the economic hub of Eastern Nigeria as well as the China of Africa. Considering where Aba was, prior to Governor Ikpeazu's take over in 2015,one can attest to the fact that remarkable  progress have been made in Abia State and Aba, in particular.
Thus far, Governor Ikpeazu has shown that he has the will and the strategy to take Abia State to the promised land. What, perhaps,may be in short supply is the means,in terms of adequate finance.

Considering the road infrastructure,for instance,Governor Ikpeazu's government have completed over 70 Road projects in Aba and other parts of the state, while over 94 road projects are at different levels of completion.The big deal about road construction in Aba is that the hitherto intractable Ife-obara pond made road construction, in Aba, very herculean .The pond,which caused  perrenial flooding along major roads in Aba,at some point,became mysterious. But the story has changed now following Governor  Ikpeazu's Caterpilar revolution that have provided permanent cure.Having resolved that intractable Ife-Obara challenge future construction works,in Aba, will now be tackled with ease.

Apart from the provisions of Road infrastructure, Governor Ikpeazu has also invested on manpower and the Micro Small Medium Enterprises (MSME) development. So far,  budding youths have received different levels of skill acquisition/training within and outside Nigeria. Some of the 30 Shoe makers sponsored to China are now gainfully employed while some have employed others.Just recently, one of those trained in China received a meritorious award, while another Shoe maker, by name Prosper Chidinma Erem,is doing very well in her Shoe business.

Power within Aba and Ariara market have significantly improved. As a result, many business owners are relocating to Aba.These developments are occasioned by the construction of 5 mega watts power plant that provides uninterrupted power supply to over 37,000 shops at the Ariaria International Market.Completion of the ambituous Alaoji Geometric Power project is also on top gear,according to the information released, recently, by Professor Bath Nnaji.
Indeed States, like Rivers and Abia, are already making reasonable progress.The least the Brambaifa led NDDC board can do is to support them.

Given an equitable distribution of the resources available to the commision,coupled with robust synergy among key stakeholders of the  NDDC, greater success, in the economic development of the States, is surely imminent.
By collaborating with the Niger Delta Governors, regardless of party affiliations, the NDDC will have another opportunity to right her wrongs and possibly redress the distrust and despondency arising from long years of inaction and neglect by the commission. 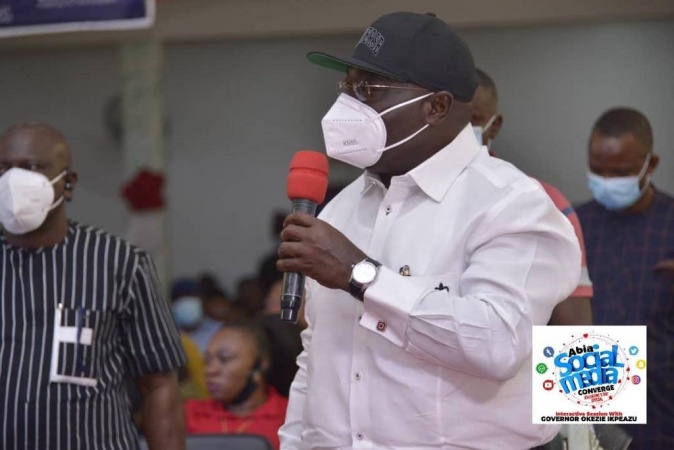 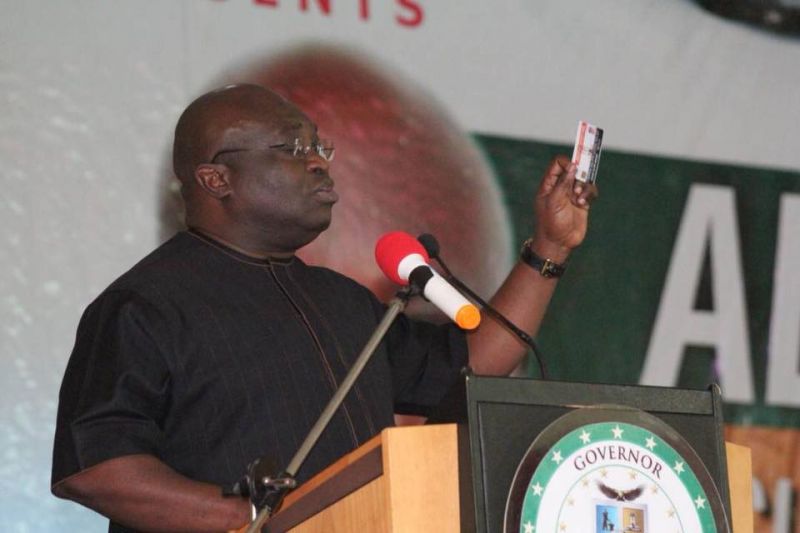 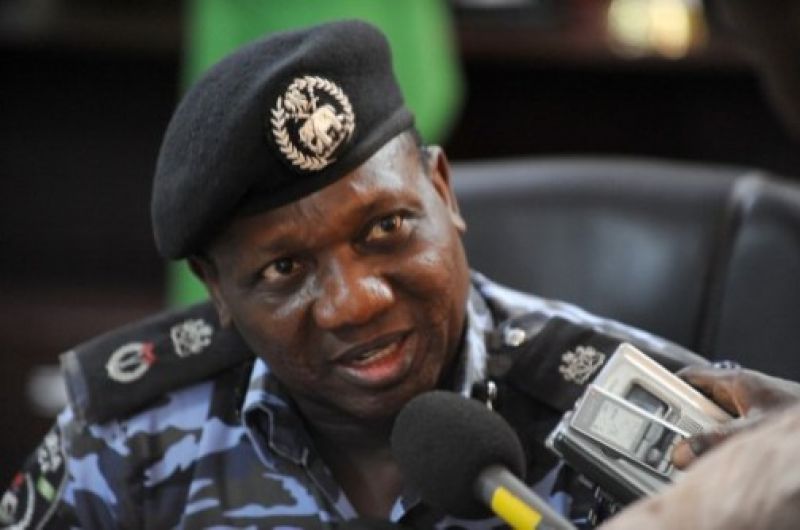 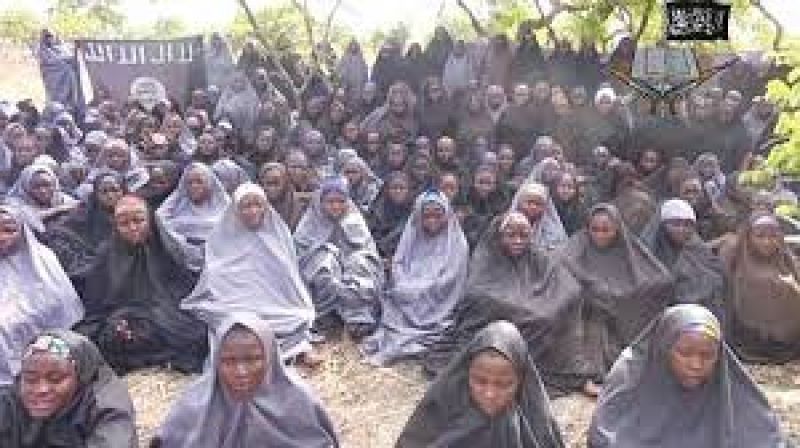 No clear clue on the whereabout of the Chibok girls; Minimah... 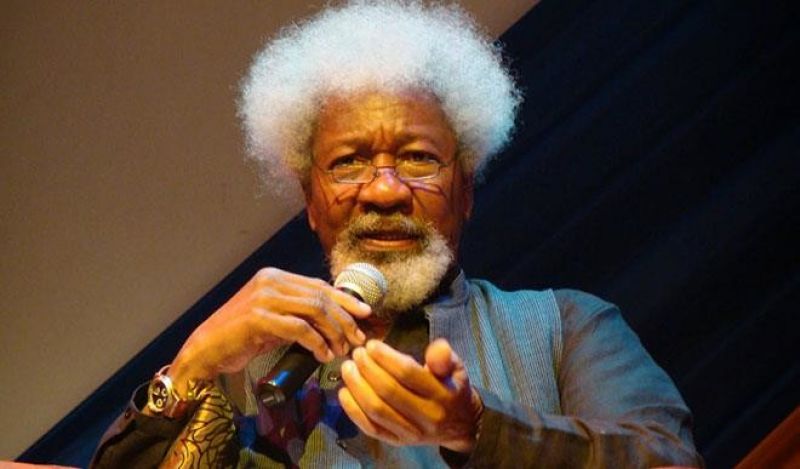 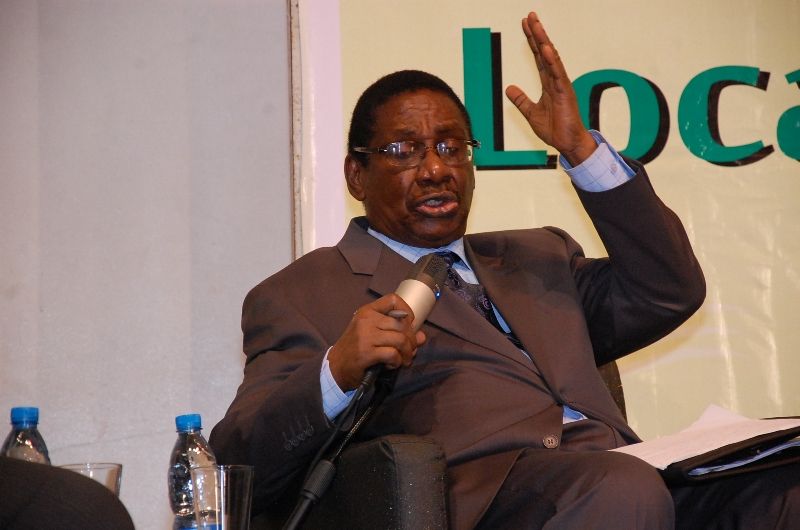 Enemies of the Anti-Corruption fight are NASS members - Sagay 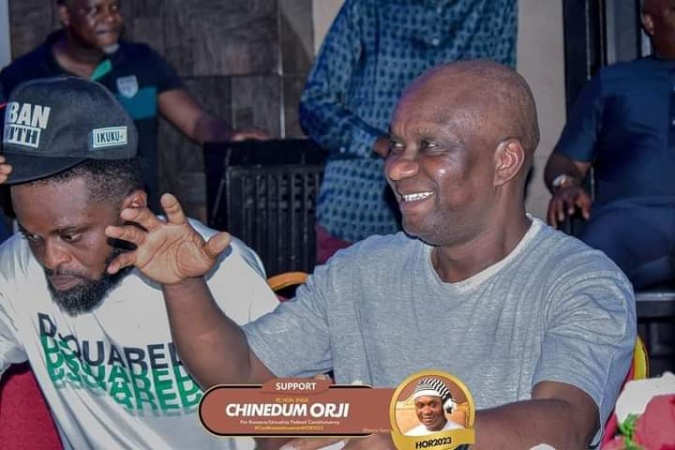