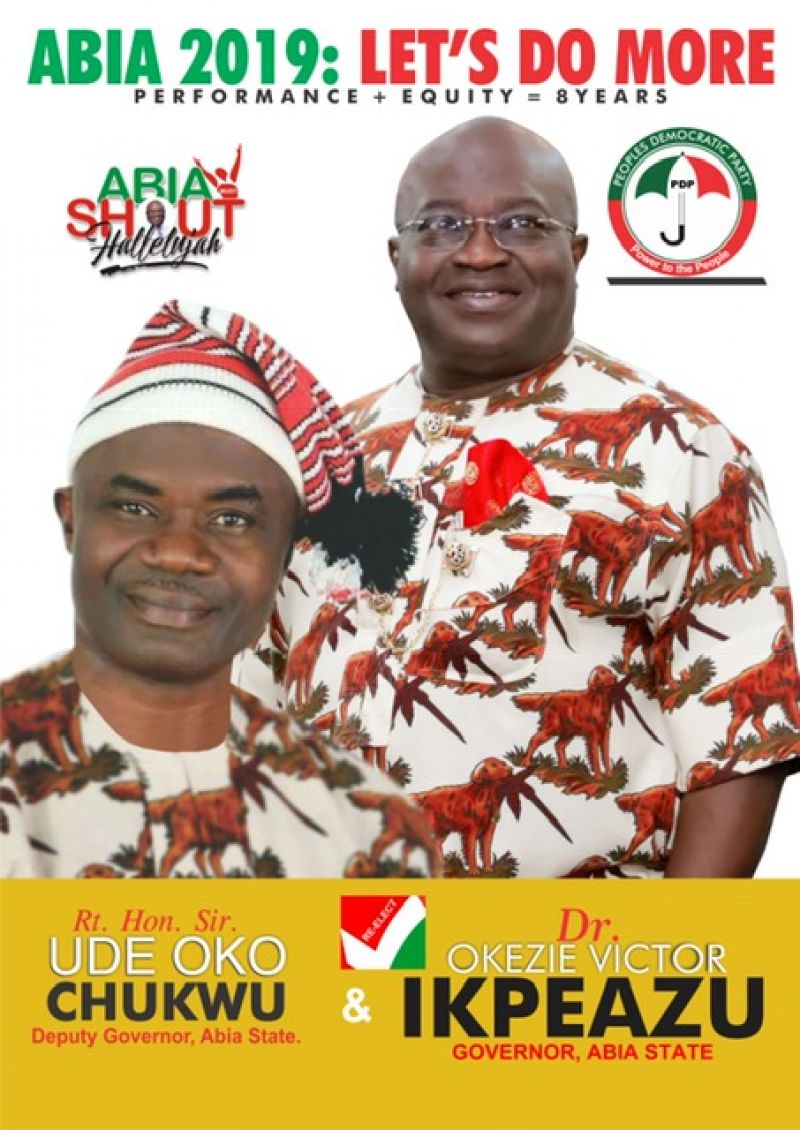 Shortly after the election of Dr Okezie Ikpeazu as the first Governor of Abia State of Ukwa/Ngwa origin, many well meaning Abians called on his 2015 election opponents to concede defeat and join hands with him to solve the developmental challenges of the state. The calls were premised on the need to avoid the perennial rancorous post-election judicial challenges that not only distract newly elected leaders of the state but also come with huge financial and other costs to the winners and losers of past Abia governorship elections.

The calls and the well publicized extension of olive branch to his opponents by Dr Ikpeazu shortly after the election and in the midst of the political rancour associated with the judicial processes that followed apparently fell on the deaf ears of his opponents who considered their personal ambitions much more important than the need to join hands with him to develop the state.

A litany of acrimonious legal challenges followed with All Progressive Grand Alliance (APGA)’s Dr Alex Otti, hiring a battery of lawyers to file petitions at the election petition tribunal and challenged the election of the Governor up to the Supreme Court of Nigeria where he lost twice with the erudite Justices of the Supreme Court describing him as “desperate” and a “meddlesome interloper”.

After the Supreme Court affirmed the victory of Governor Ikpeazu and dismissed the challenge of Otti, a 2014 PDP aspirant, Mr Uche Ogah, who did not contest the general election started his own legal challenge on the prompting of one Barr Friday Nwosu who was his co-loser at the PDP primaries of 2014. Both men sustained their ill advised legal challenge individually to the Supreme Court with Mr Ogah even attempting to take over the government house in a commando style after he was awarded a jankara judgment by a certain Justice Okon Abang at an Abuja High Court after which a certain Mr Lawrence Nwuruku of INEC gave teeth to the desperate plot to steal the mandate of Abians by writing and presenting a meaningless Certificate of Return to him.

It is was only in April 2018 that the Supreme Court of Nigeria finally resolved the last of the ill advised judicial challenges against the election of Governor Ikpeazu. The sad implication of this was that for three clear years out of his first four-year tenure, Dr Okezie Ikpeazu was bitterly dragged from one court to another by different persons. That, however, has not deterred him!

Even with the final resolution of the issue of validity of Dr Ikpeazu’s mandate, his opponents did not concede defeat or even pretend to give him space or support to govern the state in peace. Mr Otti in particular continued to sabotage his administration’s programs by any and all means possible.

At a time, and when the state needed financial support from multilateral lending  institutions to fund development projects such as road construction, Otti organized press conferences and physically moved to truncate a long tenured $200m (Two Hundred Million US Dollars) Africa Development Bank (AfDB) facility approved for Abia State and ten other states in Nigeria. The facility he sought to truncate for political reasons was the same one former Governor Peter Obi took in Anambra State to construct many rural roads in that state as an APGA Governor.

Instructively, Governor Ikpeazu refused to be distracted from his avowed mission of positively changing the Abia narrative for the better.  As he promised during his 2015 campaign, Dr Ikpeazu on his first day at work as Governor of Abia State, flagged off the reconstruction of 7 socio-economically important roads at Aba, the commercial capital of the state.

Since then, the Governor has gone ahead to deliver 68 road projects in the state with 94 other projects at various stages of completion. The ongoing projects include the first ever flyover in the state, the dualization of the all important Faulks (Ariaria) Road, Aba, as well as many others scattered across the three geopolitical zones of the state. He also embarked on the delivery of 10km of roads in each of all the 17 local government areas of the state as well as launched the famous “one ward one project” initiative that has ensured that there is no ward in the state without an Ikpeazu project.

On his watch, public school enrollment in the state has improved from 142,000 in 2015 to more than 615,000 in 2018 with the state maintaining first position in West Africa School Certificate Examinations, back to back, for four years. He also constructed 359 new classroom blocks, 4 new model schools as well as retrained more than 1,800 teachers with a school in Abia State awarded as the overall 3rd best in Nigeria by the Federal Ministry of Education in terms of quality of teaching staff, facilities and performance.

The performance of Governor Ikpeazu in his first term in office has astounded his opponents who have continued to ask themselves how he managed to remain focused in the midst of all the orchestrated distractions and outright sabotage of his administration. They still wonder how he managed to conceptualize and advance the single biggest development project in the South East Region since the end of the civil war,  the Enyimba Economic City, which won him accolades from President Muhammadu Buhari and award as the Best Governor in 2018 by editors of Independent Newspaper.

Yet, the popularly acclaimed “silent achiever” of Abia State remains modest while discussing his achievements and his plan to further improve the fortunes of the state and her people. Speaking during a recent radio interaction with Abians, Governor Ikpeazu said, “We certainly have not done everything we need to do in Abia State but we have done a lot of things and even our worst critics will readily acknowledge that the state is no longer where it was in 2015. Our commitment to our people is that we are ready to do much more in the coming years and with God on our side we will achieve much more”.

Indeed, the Governor recently outlined some of his plans to take the state to the next developmental level during his 2019 budget presentation to members of the State House of Assembly. According to him, “The 2019 -2021 Multi-year Estimates proposal is carefully packaged in line with International Fiscal Transparency Principles.  The process adopted has been participatory and inclusive. The State keyed into the Open Government Partnership with the aim of enhancing efficiency,  promote ease of doing business and service delivery. It was a painstaking process aimed at building the people’s confidence and trust in the Government.  All our efforts are meant to achieve a strong, diversified and competitive state economy that would provide hope for  the ordinary citizens, jobs for the unemployed and  peace for the sustainable economic development of Abia State.”

To those who are fixated on what the Governor has not done in his first tenure while ignoring his numerous achievements so far, it is important to remind them that even with the best intentions and limitless funds, more time is still required to do more. Talk is cheap and our people have long gone beyond the era of seduction by glib politicians whose pedigree and personal life stories show no record of higher achievement than Governor Ikpeazu. Anyone can pontificate on what he will do if elected but only Governor Ikpeazu, among all the 2019 contenders, can point to what he has done and confidently tell our people he is prepared to do much more.

Abians know that Euripides was right in stating that “When one with honeyed words but evil mind persuades the mob, great woes befall the state”, and they will prefer to stand with Governor Okezie Ikpeazu who has worked hard to solve many challenges in the state and is self motivated and ready to do even much more. 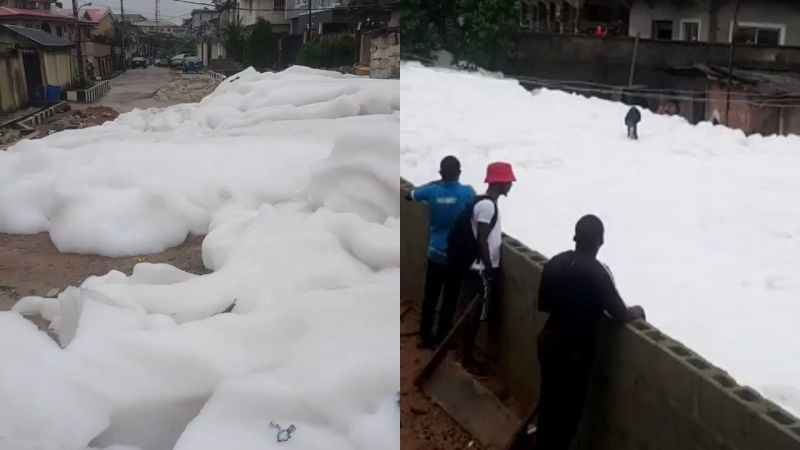 Lagos govt explains why there was a foamy substance in Anthony... 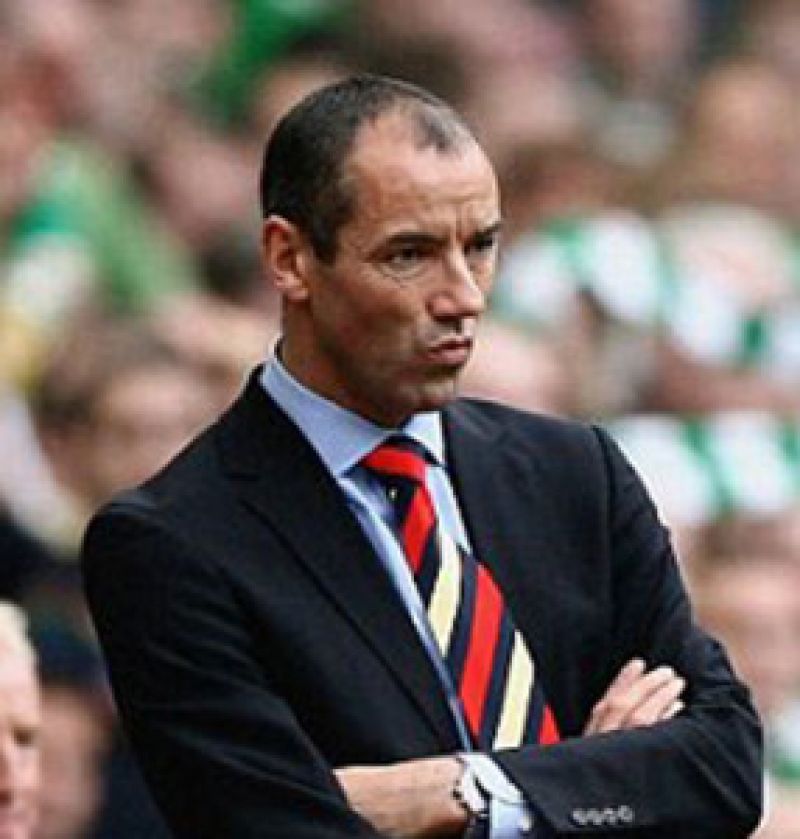 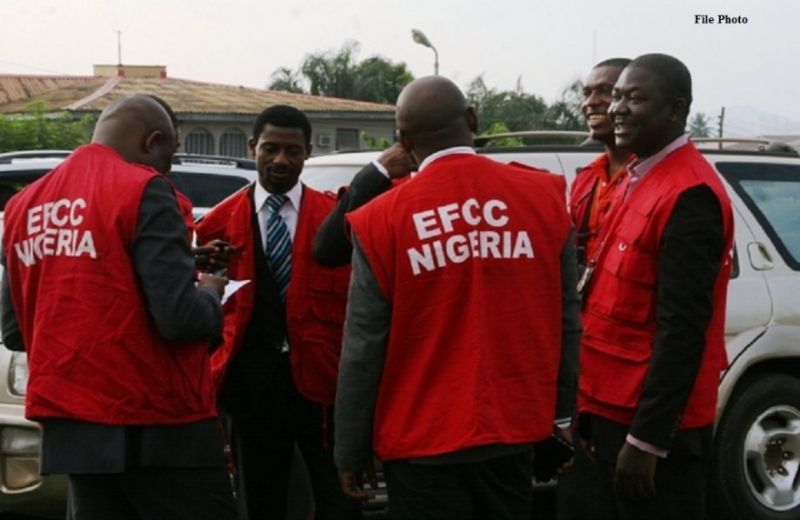 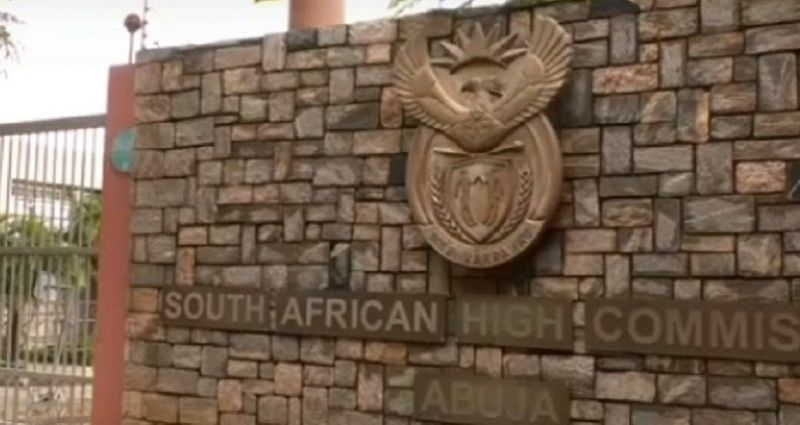 Xenophobia: Why we closed our embassy in Nigeria – South Africa... 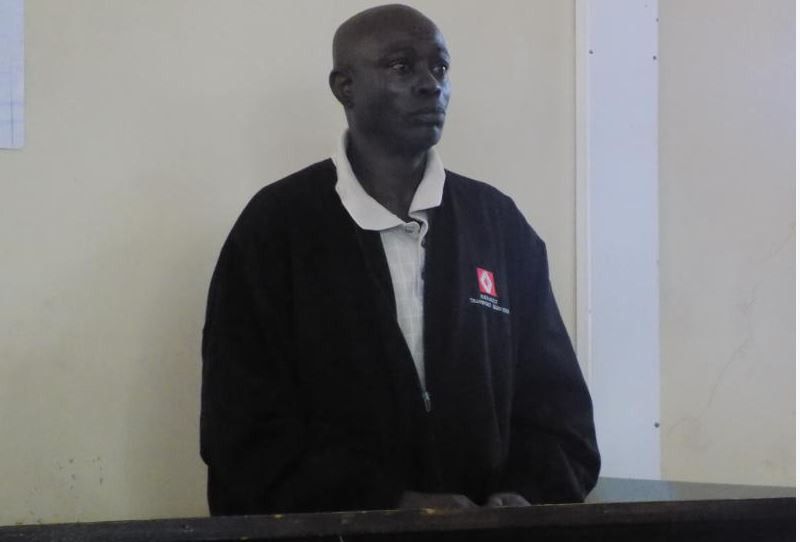 Police officer who killed 10 people ‘while hunting for his unfaithful... 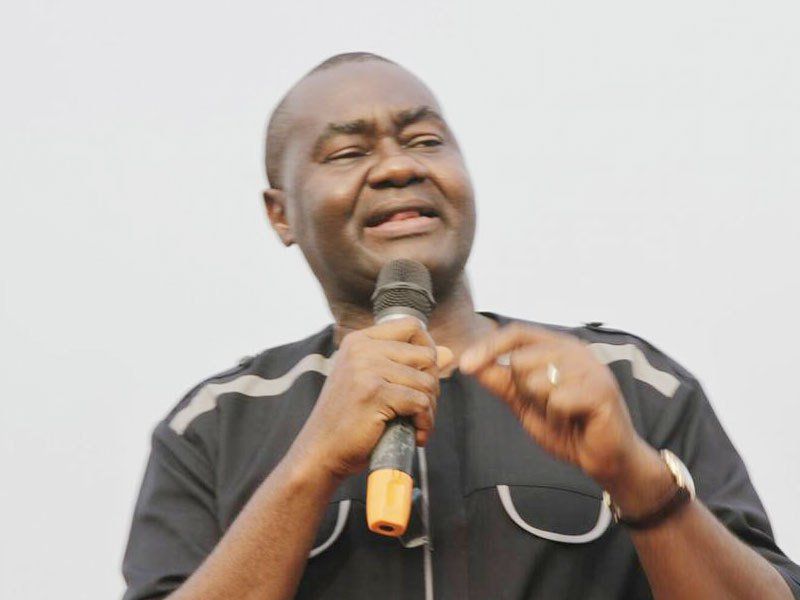 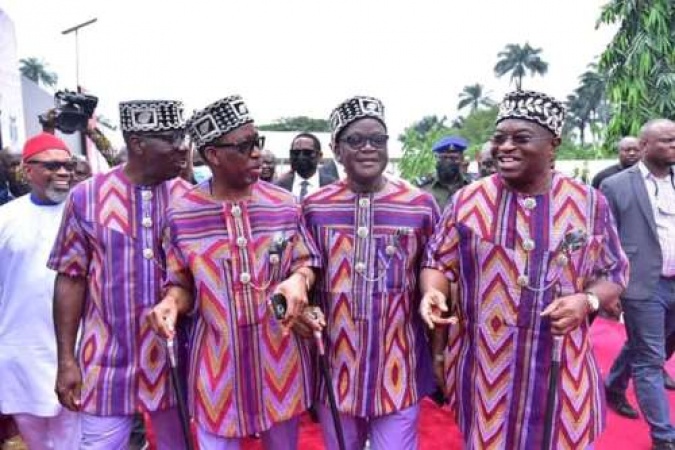 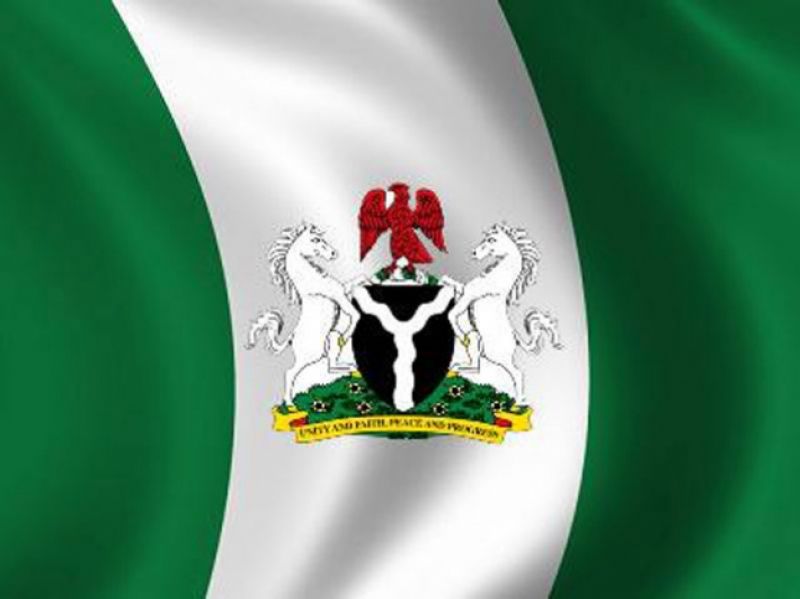 FG advised to extend privatisation to other sectors